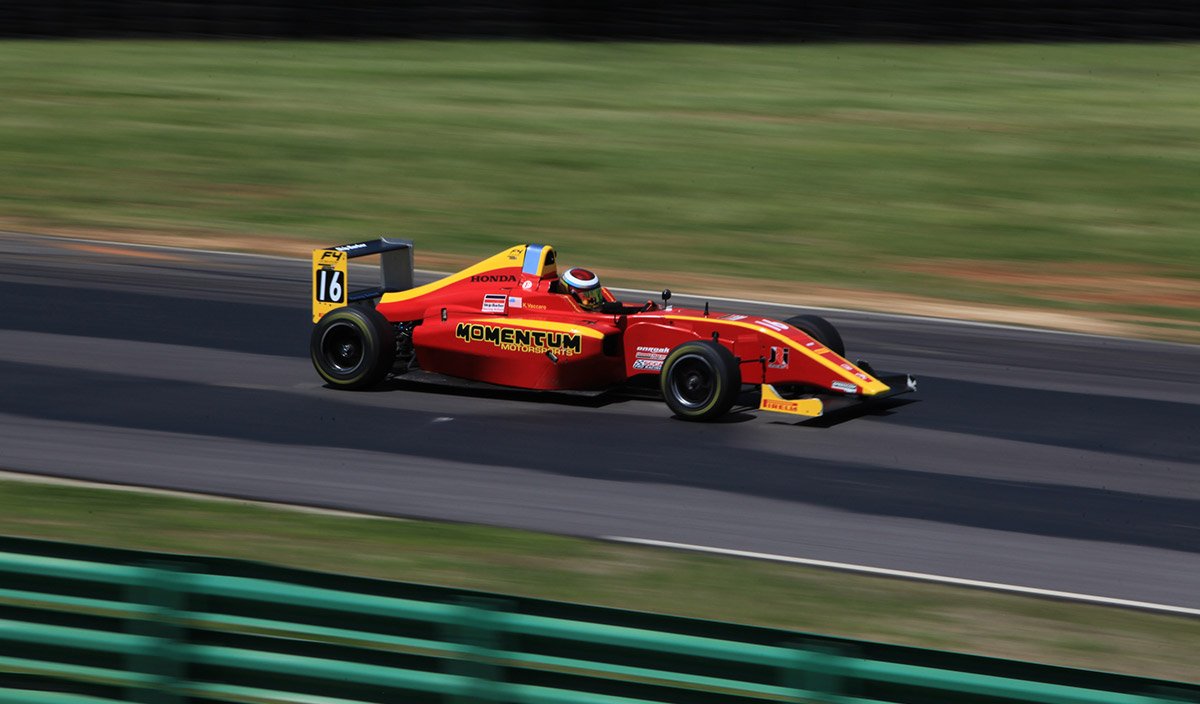 Speed is there for Kent & Skip Barber Momentum F4

Closing his F4 United States Championship Powered by Honda rookie season in 2017, New York resident Kent Vaccaro returned to a familiar team in 2018. Partnering with the Skip Barber Momentum F4 program, Vaccaro progressed through the opening weekend of the program showing great speed before traveling south to Road Atlanta this weekend with new teammate Jake French for rounds four through six of the season.

“Our race results were not an indication of our true speed,” explained Phil Picard, Owner of the Skip Barber Momentum F4 outfit. “We made huge progress in the off season with our engineering program and car setup and the speed has been shown on the track. Kent has been driving incredibly well, just the racing gods have not been on our side.”

French had an unfortunate incident in one of the test sessions and made heavy impact with the wall. With a car too badly damaged to repair in a timely manner, the team made the decision to not participate in the weekend’s competition.

Picard continued, “It was disappointing to see such a great driver and family have an incident like Jake had early in the weekend. He will be back and stronger than ever and we can’t wait to have him and Kent together on track.”

Momentum Motorsports Lead Engineer Josh Hurley explained, “As a team we’ve made tremendous progress. Initially, my goal was to have a competitive car and driver but with some testing we’ve learned a lot of things, and I know we have one of the best cars in the paddock now. Kent is also coming along as a driver and I think with a bit more race experience he’ll be delivering podiums.”

Picard added, “I’m quite pleased with Kent’s progress. Drivers and other teams are beginning to take notice of our pace. The stopwatch tells all. We just need to have clean laps without being involved in other driver’s errors.”

The Skip Barber Momentum F4 team has six weeks before their next F4 United States Championship Powered by Honda event, but will spend a lot of those six weeks at the track.

“After we get our cars back together, we want to shake them down and continue our testing,” explained Picard. “We have a few drivers that we will test in the coming weeks and we will continue to put together and promote our Karts to Cars effort and partnership with Skip Barber. It is going to be a busy few weeks.”